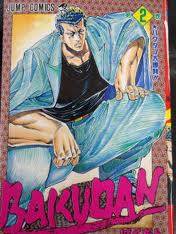 The story takes after Baku Ryosuke, otherwise called "Bakudan" a new out-of-juvy punk and a risky road contender who is scouted by a yakuza syndicate and longs for turning into the best yakuza in Japan. In any case, to show Bakudan a lesson, the yakuza send him to the exercise center of a resigned heavyweight boxer named Ken Tamaki to motivate him to transfer ownership of his property. In any case, in the wake of battling Bakudan for the property, Tamaki gets to be inspired by Bakudan's battling abilities, and from that point on commits himself to helping Bakudan take after his actual fate… to wind up the principal heavyweight title holder boxer from Japan!