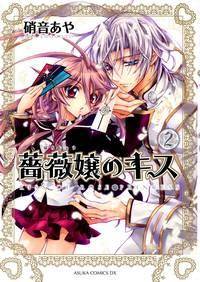 Kiss of the Rose Maiden, Kiss of Rose Princess

Most girls are crazy about jewelry, but not Agnès (Anise) Yamamoto. Not since her father gave her a rose choker as a child, claiming it was a protective amulet which would safeguard her from harm; however, if she ever took it off (a feat easier said than done!), she would be afflicted by a “punishment” of some sort. Not like it matters to her though, since the attention it attracts around school from faculty and students alike isn’t something she’s particularly fond of. But after a certain incident causes the choker to disappear, she realizes that this punishment her father spoke of might have been a bit more than she bargained for!