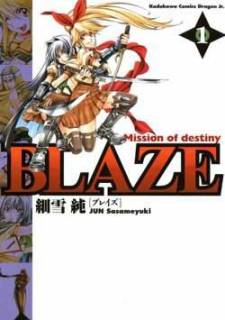 From Shinnen: Hibiki and Tomoe Kazema are two sisters attending an ordinary high school, but unbeknown to their teachers and fellow students, they are members of a hidden group of ninjas. Their mission is to use their special powers to exterminate the akuma that are plaguing the world. This is made difficult by the fact that their enemies can possess corrupted humans who eventually turn into new akuma. Despite being faced with an ever growing army, the two are determined to prevail as The two flowers that will slice through the darkness. The only question that remains is will they succeed against such overwhelming odds?