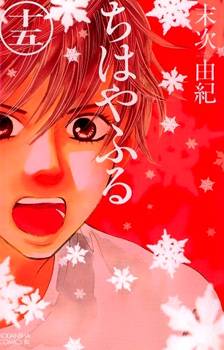 From J-SiS: All her life, Chihaya's dream was to see her model sister become Japan's best... That is, until a quiet, unassuming transfer student named Arata tells her otherwise. A dream, he explains to her, is something she needs to work at herself. Arata plays a competitive version of a traditional Japanese card game--known as Hyakunin Isshu--in a way Chihaya has never seen before. After taking Arata's place in a game, Chihaya discovers she has a passion for it. Now Chihaya wants to become number one in the world, the Queen of Karuta. Chihayafuru won the 2nd Manga Taisho Award. Winner of the 35th annual Kodansha Manga Award for Best Shoujo.