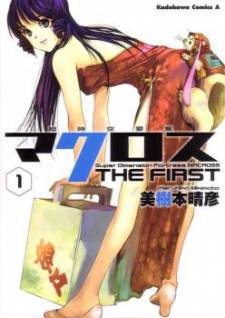 After a secretive spaceship collides with Earth, humankind understands that they are not the only one. Dreading a potential risk from space, the world pushes aside their patriotism, clashing interests, and social contrasts, bringing together under the flag of the United Nations. The recently framed UN powers choose to repurpose the outsider shuttle, naming it SDF-1 Macross. Tragically, upon the arrival of its first trip, an armada of spaceships having a place with a race of outsiders known as Zentradi drop upon Earth, and the SDF-1 Macross, acting voluntarily, shoots down the approaching squadron, starting an intergalactic war. While trying to get away, the Macross tries to dispatch itself into the Moon's circle, however the boat—and also the city was in—is teleported to the most distant spans of space. Made up for lost time in the chaos are Hikaru Ichijou, a free-energetic aerobatic pilot, and Minmay Lynn, a trying symbol. Together, close by Macross' scaffold officer Misa Hayase, they encounter an epic trip overflowing with melancholy and dramatization as they start their trek back to Earth, confronting with the savageries of war along the way.