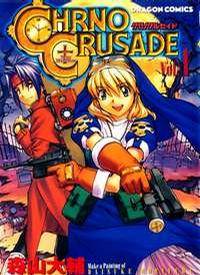 America in the Roaring 20s. On the surface, it\'s a positive, peaceful time after the violence of the Great War. But lurking in the shadows is a dark element ready to snatch that peace away. Sister Rosette Christopher, an exorcist working as a part of the Magdala Order, has a duty to fight the demons which appear and cause destruction. But along with her companion Chrono, she usually ends up causing more destruction than the demons themselves! On one particular mission, they meet a young girl with a beautiful voice named Azmaria, who is being targeted by her own stepfather. As Rosette and Chrno work to save her, more is revealed about the relationship between them. There is more to these two than meets the eye.