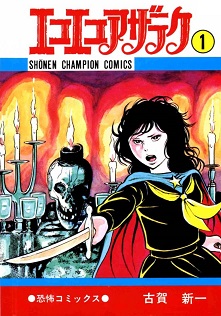 The Wizard of Darkness

When the chant "Eko Eko Azark" sounds, something is bound to occur, be it within the town or the school! A classic horror manga, Eko Eko Azarak follows Misa Kuroi, a witch who transfer to a new school and the bizarre horrors which she encounters there. While relatively unknown outside of Japan, the series was extremely well received domestically. It lasted for 19 volumes, and spawned a six volume sequel, an OVA, two TV series and six live action films.