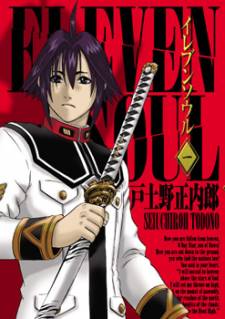 In the mid 21st century, human civilization is in dire straits. Gene technology had found a huge market, and due to huge profits, research had accelerated accordingly. An “immortality” gene no longer seemed like a mere dream. However, a sample of this gene was accidentally mixed with a biohazard, creating a new life-form. “They” also took in genetic materials from the natural world, evolving into an enemy that has invaded the human world. The “Shahel” are now a force capable of defeating human military forces, and at this point in time both the North and South American continents have fallen under their control. The USA, among others, no longer exists on the map. In Japan, the government has created and is working on improving a “samurai” unit to oppose the Shahel, utilizing soldiers enhanced with nano-machines to connect with an armored exoskeleton. It is at this point that Tsukahara Takemichi is assigned to the 1st platoon at the “Place of the Samurai.”