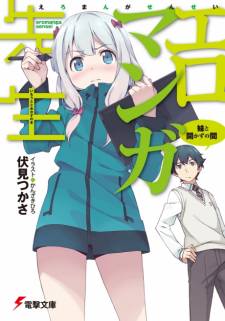 The "new sibling romantic comedy" spins around Masamune Izumi, a light novel creator in secondary school. Masamune's younger sibling is Sagiri, a hermit young lady who hasn't left her space for a whole year. She even drives her sibling to make and bring her dinners when she steps the floor. Masamune needs his sister to abandon her room, in light of the fact that both of them are each other's exclusive family. Masamune's novel artist, nom de plume "Eromanga", draws to a great degree distorted drawings, and is exceptionally dependable. Masamune had never met his artist, and figured he was only a disturbing, distorted otaku. Be that as it may, the fact of the matter is uncovered... that his "Eromanga-sensei" is his own particular more youthful sister! To add to the turmoil that emits between the kin, an excellent, female, top of the line shoujo manga maker turns into their opponent!