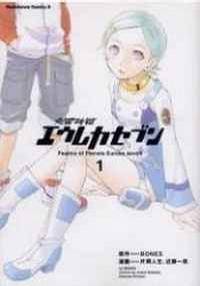 Renton is a 14-year-old boy who occasionally helps out his grandfather as a mechanic. But his feelings of dissatisfaction and frustration grows as his mundane and routine work clouds his visions for his future and he dreams of flying around the world. It isn't until one day, a large human-like mech, a LFO (Light Finding Operation), falls from the sky in front of Renton and appearing from the depths of the machine is a beautiful young girl named Eureka. And as she asks the dumbfounded Renton for repairs, the two will embark upon a fantastic journey into the unknown.