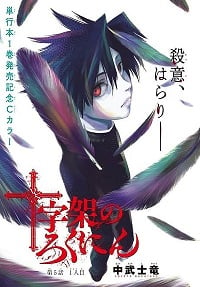 Named "Investigation A" by five of his cohorts and tormented all through 6th grade, Shun Uruma barely held on. At the point when his domineering jerks designated his family, leaving him with no one except for his granddad, it was the straw that broke the camel's back — Uruma had adequately experienced. Not entirely settled to get back at his foes, Uruma asked his granddad, a WWII veteran, to direct him through the way of retribution. After four years, Uruma finishes his extraordinary preparation and leaves on a merciless excursion of torment and revenge to chase down the five beasts who made his school everyday routine an experiencing damnation.