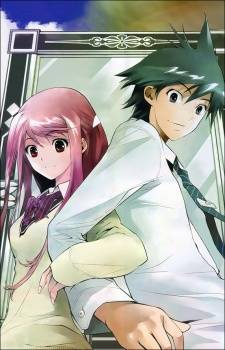 Kagami no Kuni no Harisugawa

"Young men are animals whose sight will take after the young lady they like wherever she is. What's more, if there it comes the chance that the kid understands that the young lady is in peril, on the off chance that he can spare her they will feel a definitive happiness in life" is something that Harisugawa Tetsu has brought up, and sufficiently genuine he has dependably been taking after with his eyes the young lady named Satomi Mao. On account of certain subtle elements in their adolescence, Satomi has dependably been neighborly with Harisugawa and she has an agreeable maturing relationship, totally ignorant of Tetsu's affections for her. Tetsu as far as it matters for him wanted to have companion impact and keeps his sentiments covered up for not jeopardizing the closeness that they as of now have, following the time when he was youthful Tetsu had trusted that on the off chance that he can fabricate little by little a decent association with Mao, he will come to the heart of the matter where he can unquestionably admit to Mao and not get rejected, Tetsu has dependably been sitting tight for his one genuine chance without getting excessively near Mao unintentionally. At first it appears that this "stalemate" will never be broken; in any case, one day Mao sees an unusual mirror in a thrift store and for reasons unknown she feels that she should have that reflect. Mao purchases the mirror without mulling over it.... In any case, she is totally unconscious that the mirror will change everlastingly Tetsu's life and also her own.