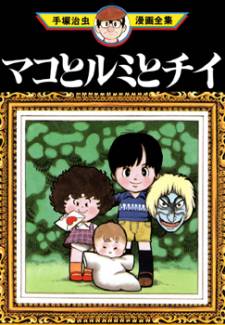 Mako to Rumi to Chii

This Manga deals with parenting, depicting the daily lives of cartoonist Ohsamu Tetsuro, who strongly resembles Tezuka Osamu himself, and his family. The story begins with the birth of his first son. The son is named Makoto (nicknamed Mako) and grows to be a healthy 2 year-old, basking in the love of his orderly mother and careless father. The son is followed by two daughters named Rumiko (nicknamed Rumi) and Chiiko (nicknamed Chii). This story focuses on the increasing hustle and bustle inside the Ohsamu family.