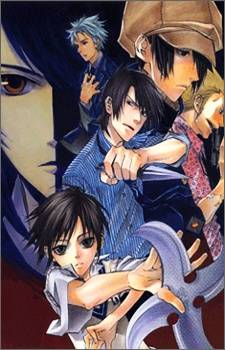 Rokujou Miharu was a seemly reluctant junior high student living in his own world. However, within him, lurked the ultimate power of Nabari*, “Omnipotent”. To possess such supreme weapon, the Wolf Pack of Iga* swore to bring Miharu back to Iga village. On the other hand, Miharu’s English teacher, Kumohira sensei*, and classmate, Kouichi, were the Banten* ninjas whose mission was to protect Miharu. A war waged over the ownership of “Omnipotent” thus started. To survive, Miharu must enter the hidden world Nabari, to become the king.