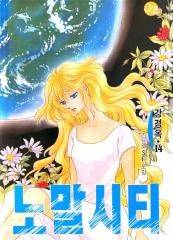 Normal City sets its background in a far future where mankind is on other planets and existence of ESPs is accepted. However, ESPs are treated as a tool by the army. The main character is code named Kitty 101 by a scientist, Troll. Kitty 101 was biologically created by combining several strings of DNA with a man-made DNA. She was also given XY chromosome which turns her into a male on a regular basis. However, one of Troll`s scientists, Jason Haven, stole baby Kitty 101 and ran away in order to save her from the experiments. At the same time, Jason Haven named her Mars Haven and brought her as his own daughter, cause she looked like his lost daughter. Time passed. The scientist Troll, Samuel Jones by his real name, proceeded with his experiments on the ESPs under his disposal.