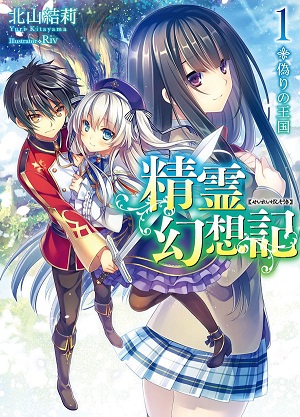 Amakawa Haruto is a youngster who kicked the bucket prior to rejoining with his cherished companion who vanished five years prior. Rio is a kid living in the ghettos who needs vengeance for his mom, killed before him when he was five years of age. Earth and a different universe. Two individuals with totally various foundations and qualities. For reasons unknown, the recollections and character of Haruto who should've passed on are revived in Rio's body. As the two are confounded over their recollections and characters melding, Rio (Haruto) chooses to live in this new world. Alongside Haruto's recollections Rio stirs an obscure "uncommon force", and it appears to be that on the off chance that he figures out how to utilize it well he can carry on with a superior life. Yet, before that, Rio experiences an abducting that ends up involving two princesses of the Bertram Kingdom that he lives in. In the wake of saving the princesses Rio is given a grant to the Royal Academy, a school for the rich and amazing. Being a helpless vagrant in a school loaded with aristocrats ends up being an amazingly vile circumstance to be in.