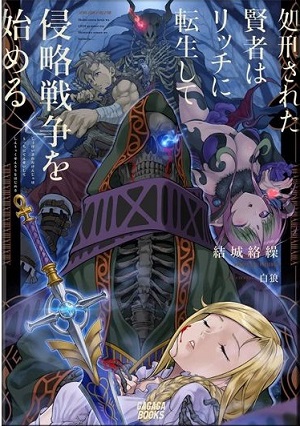 The Sage Dwight, he alongside the Hero crushed the Demon Lord who sank the world into haziness. In any case, they were dishonestly blamed for turning into the following Demon Lords in view of his force, and were tossed to The Valley of the Dead to die....... Be that as it may, however his substance has spoiled away, he lives on as a skeleton due to his resentment against the world. Dwight has pledged to reject that off-base world, and with a force that outperforms even the Demon King of the past, and furthermore driving innumerable Skeletons he will begin a hard and fast war...!