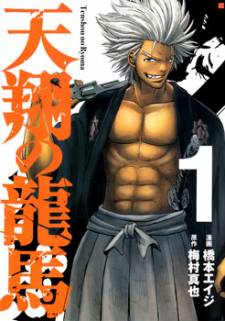 At the end of the age of shogunates, a great man is given a second chance to restore a crumbling, feudal Japan. Toward the end of the Edo Period, samurai and visionary Sakamoto Ryouma led a revolutionary movement to overthrow the Takagawa Shogunate. Inspired by the Western principle of "all men created equal", he envisioned a modern Japanese government, free of oppressive feudalism. In 1867, he and his close friend Nakaoka Shintaro were assasinated before his dreams could be realized. Tenshou no Ryouma explores the historical alternative-universe where Ryouma is saved through Shintaro's sacrifice. Given this second chance, will Ryouma finally be able to establish a new, modern Japan?