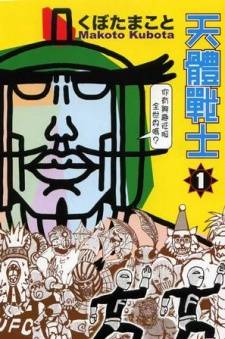 The story revolves around the battles between the evil organisation Florsheim and the ally of justice Sunred. The twist is that Sunred (referred to most characters familiar with him as simply Red) is a rough-talking, violent and rude hero while the villains of Florsheim (led by General Vamp) are for the most part polite, conscientious and easy-going. Despite this, both sides still stay true to their roles, with Florsheim dedicated to destroying Sunred and taking over the world while Sunred battles against them. Other evil organisations and heroes are also mentioned from time to time. Each episode is divided into various shorts of varying length. Most of the humour comes from the interactions of the characters, especially the main trio of Sunred, his girlfriend Kayoko and General Vamp. Kayoko and Vamp, for example, get along very well and she occasionally consults him about housework or cooking. In contrast, she and Sunred often argue like a long married couple.