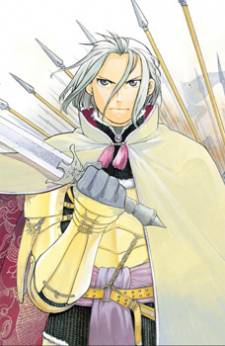 As an unnaturally heavy mist descends on the battlefield, King Andragoras and his most valued officers confer among the bodies of dead and dying soldiers. When Daryoon, a young but highly skilled officer, voices his reluctance to send men into battle under these conditions, the king, unstable and enraged, banishes him. Now, Daryoon's new mission is to insure the safety of the King's only son, Prince Arislan. Daryoon and Prince Arislan set off on a quest of their own, but they can't succeed alone. They must convince both the Lord Narsus and his companion, the archer Elam, to join them in their quest to somehow help the soldiers win the war. Now a group of only six they must somehow overcome an enemy of 300,000 soldiers! These unlikely soldiers have fate on their side, so anything can happen!